Golf Balls, Who knew they were such a source for Drama

With the click of the mouse, golf balls are again a hot topic. Thanks, My Golf Spy.

Golf Balls, ha-ha, who knew they could cause such a stir. We love the controversy though. For one, nothing sparks a debate like putting something out there that creates waves. Plus, it gets our minds turning. Sometimes it can be for the betterment of the game. And other times, it can be a self-promoting real a** clown of a move. What has happened recently is weighing in more on the a** clown side of things.

One thing that drives us nuts is when someone says, “this is the best,” and that’s the end of the story. There may be tons of statistical data to back up their point, but in our opinion, there is no one best product. No matter what the product is, who made it, or what it cost. Every golfer, even the pros, have a different golf swing. While there may be some clubs, or golf balls or bags that perform better in some arrangement of tests; unless every golfer on the planet agrees, this is the best, then there is no way you can define a product as so.

I’ve struggled at times with calling something the best. It wasn’t until I started understanding more about the game and how much of an individual sport it is, before I could change my thought process to include “What I feel is the best” in my analysis. What is best for me does not mean it is best for you. Everyone must figure that out on their own. Much like I have and a lot of you as well.

Let me start by saying what I think MGS did correctly.

They brought light to a situation that may, and I use that loosely, MAY cause a disturbance within the golfers you encounter on the course. The chances of Joe Public Golf Hack taking the context from the MGS article and changing the way he plays on the course is less than 1% in my opinion. But they do have a very valid point on the quality control of the golf balls consumers are buying. If Ball Manufacturer A is telling you that you’re purchasing a two-piece golf ball, then you deserve to obtain a two-piece golf ball. If you are buying a 90-compression golf ball by Golf Ball Manufacturer B, then you should be hitting and playing 90 compression golf balls.

In the case of golf balls, if the manufacturers are manipulating those factors, then I commend what MGS is doing. That is journalism, and that is a story that I would be interested in listening to or reading.

Where I feel MGS is wrong.

First off, this info has been tossed out there casually in hopes people grab it and run with it. Yes, we’re guilty. This latest post just came off as a stunt vs. journalism. We do love some of the articles they have produced; this one doesn’t seem to fit that bill though, for several reasons.

As much as MGS claims to be “for the people,” I don’t buy it, not at all. For a company that takes in ad money, donations, and agrees to do infomercials, it’s a reach. Let alone tell the smaller business they would need to purchase ad space on their website to participate in the most wanted testing. It makes believing this isn’t another paid performance to end to a few brands very difficult.

Maybe MGS doesn’t give a crap that some people do not care about what they have to say. With the number of golfers in the millions across the planet, I seriously doubt most of them listen and act upon the words of MGS. They do have power, don’t get me wrong. There are a lot of people that soak up their words like a cold glass of sweet tea on a hot summer’s day. But it doesn’t mean what they are putting out there is right, or it is what golfers want to hear. They think it’s cool to cut open some balls and release their findings. However, I think the guys at VICE might see this “release of unscientific data” as a form of corporate terrorism.

What’s about to happen with Golf Balls?

This latest article is only the beginning. But I think that MGS may have bitten off more than they can chew. There is a large percentage of golfers out there who could care less what we say, what you say or what MGS says. They go out and play golf to enjoy themselves, have some good times with their buddies, and create some memories. There are those who will take this information to heart though and abandon what they have been playing.

For the recreational golfer, there is no doubt in my mind that they will not notice a change in the way they play. Maybe the better golfers out there who take this info and run with it will see a difference, perhaps. For the most part, though, this is going to do little to impact the average golfer. You know what, I’m wrong, I take that back. Joe Golfer is who it’s going to affect the most. Now, instead of spending less on a golf ball, they’ll be more inclined to pay a higher price for the “better quality.”

Time will tell. We have a feeling though this latest MGS attack is going to hurt them more than they thought.

Is this something you’d like to hear us chat about on the podcast?

We are always up for new topics and things to discuss on the show. If there’s anyone who’d like to hear what we have to say about this subject, leave us a comment below or chime in on our Text/Voice line at 702-518-1864. 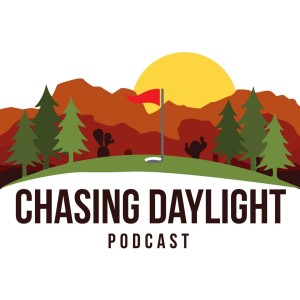